I’m reeling a little (in a good way) from last night. I didn’t sleep much, and right this second Riley is pulling on my arm wanting me to play PS3 with him. But! I first want to share some photos. These aren’t mine, I hasten to add, rather those taken by Planning Queen who’s letting me post them here. Thank you Nicole!

It was a great thrill to see everyone who came last night, and it was nice to meet those contributors I hadn’t met before. It’s fantastic to be able to put faces to names. I really appreciate everyone’s support. And again, to Laurie, thank you for being such a great host.

I’ll keep this short today, so without further adieu … 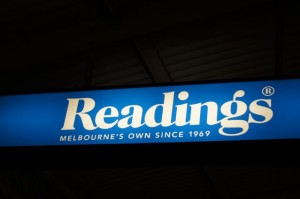 Where the launch was at – Readings Bookstore. 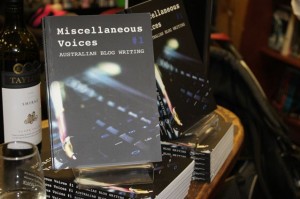 Miscellaneous Voices on display – nearly all sold by the end of the night! 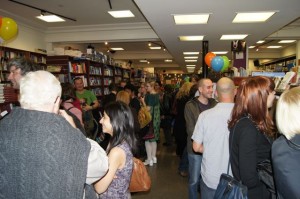 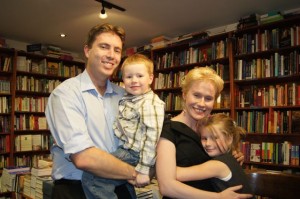 Yes, the kids came. Many kids came, in fact. I was pleased! I’m all for making events as family friendly as possible. 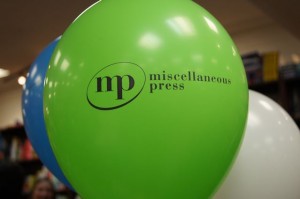 Subscribe to the newsletter and receive a free ebook.

Karen Andrews is the creator of this website, one of the most established and well-respected parenting blogs in the country. She is also an author, award-winning writer, poet, editor and publisher at Miscellaneous Press. Her latest book is Trust the Process: 101 Tips on Writing and Creativity

Some people cooked their way through 2020 lockdowns, putting their...

As I sit down to compose this post, cockatoos are screeching...

Five years after running the marathon, I was back at the...

What I Was Reading June and July 2021

The realities of remote learning and working necessitate a kind of...

One weekend recently, I was scrolling through Netflix and came across...

Simply put, My Year Of Living Vulnerably by Rick Morton is terrific. (You...

The description of None Shall Sleep by Ellie Marney on the publisher’s...

Hoi An Another year (almost) over, can you believe it? Nope,...

A Food Tour of Vietnam

The flight from Melbourne to Ho Chi Minh is a survivable...

Creative Struggles, or, How I’m Doing the Best I Can

Like on Facebook!
We use cookies to ensure that we give you the best experience on our website. If you continue to use this site we will assume that you are happy with it.Ok